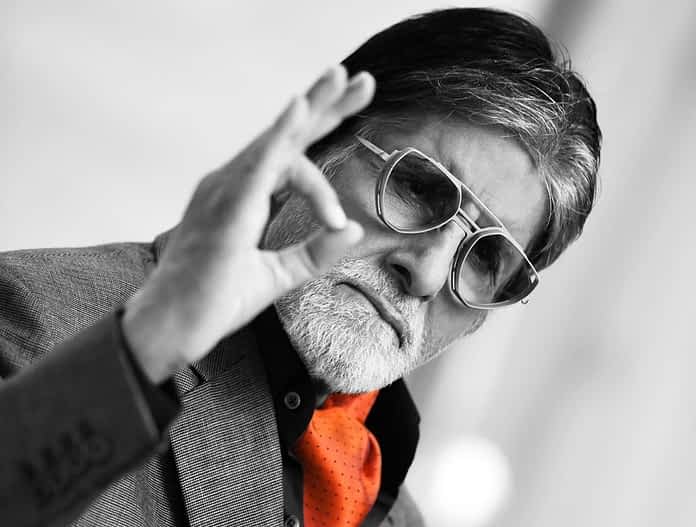 Amitabh Bachchan is a top-rated personality that is popularly known as “Big B” in other words. Being an accomplished actor in the Bollywood film industry since 1969, he has given a tremendous number of Hit films. Big B was born on 11 October 1942 in Allahabad, United Province, British India (Now Uttar Pradesh, India). Check out more about Amitabh Bachchan Age, Height, Wiki, Family, Wife, House, Instagram, Net Worth & many more.

Big B was born to the “Famous Poet Harivansh Rai Bachchan” and mother Teji Bachchan. Despite being belonging to a well-established family, he worked so hard to achieve a goal. Dreaming big was another key point of achieving the title “The Great Actor” in the Indian film industry. Till the date, he has worked with several top-rated Bollywood actors like Akshay Kumar, Shah Rukh Khan, Salman Khan, etc.

Bachchan’s family is consisting of his wife along with two children. However, family members were raised after Aishwarya Rai’s entry as Amitabh’s daughter-in-law. Keep reading, Amitabh Bachchan Age, Height, Wiki, Family, Net Worth & many more.

Earlier, he was named “Inquilab”. Later his name changed to “Amitabh” (means- ‘The Light That Will Never Die’) after the suggestion of Sumitranandan Pant (a fellow poet of Harivansh Rai).

During his college days, Amitabh used to act in plays.

In his youth, he wanted to become an engineer and work for the Indian Air Force.

Once, he was rejected by All India Radio because of his Baritone voice. Later on, that voice became the key to success.

In 1983, during Diwali festival, his left hand was burned.

He was avid athlete during his school days in Nainital, India where he won 100, 200 & 400 meters race as well as Boxing Championship.

In 1971, he was first awarded Filmfare Award as The Best Supporting Actor in the film “Anand”.

In 1971, for the first time, he shared the screen with his wife Jaya Bhaduri in the film “Guddi”.

He earned the title of “Angry Young Man” after his role as an aggressive inspector in the film Zanjeer (1973) by Vijay Khanna. That role is still considered one of the most iconic roles in the history of Indian Cinema. This was the first Hit film given by Amitabh.

In July 1982, during the shoot of the film “Coolie”, he got a serious injury and was medically declared dead for almost 11 minutes. However, he got revived with adrenaline injections given by the doctors.

The first time he won The National Film Award for the best actor as a mafia don for the film Agneepath (1990).

Amitabh Bachchan Net Worth, income (as of 2020)

According to the media report, Amitabh is taking around Rs. 20 Crores for a single movie. His estimated net worth is around Rs. 3000 Crores (as of 2020).